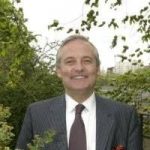 Mr. Elfverson is one of Mentor’s founders together with, inter alia, the [then Hereditary] Grand-Duke Henri of Luxembourg and HM Queen Silvia of Sweden. Elfverson negotiated the first public-private partnership involving the United Nations that led to the establishment of Mentor Foundation (now Mentor International). Elfverson has decades of senior level experience within international, diplomatic and UN affairs on all five continents. He served eight years as special political and diplomatic adviser to the executive head of a UN agency. Elfverson was born and brought up in the multilingual and multicultural International Zone of Tangiers and currently provides international advice as a consultant and a board member. 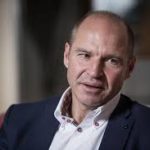 Mr. Girardelli was an award-winning professional skier for over 20 years who won 11 World Championship medals, including 4 golds, before retiring in 1996. Since then, he has been involved in media, tourism, and other business ventures for the ski industry. He serves as an advisor to the Minister of Tourism of Bulgaria on the matters of winter tourism and is an organiser of skiing events in several European winter sports resorts, and also in Chile. Since 2005, he is an IBO for kids fashion in sports, called Marc Girardelli Skiwear. 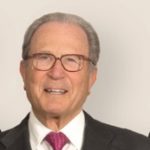 Baron Jean-Louis de Gunzburg is a banker from Switzerland and the former Director of Pictet (London) Limited. He resides in the United Kingdom. 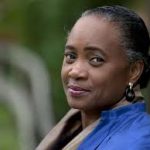 Barbara Hendricks was born in Arkansas, USA and received a Bachelor of Science degree in Mathematics and Chemistry at the age of 20. She later studied at the Juilliard School of Music in New York with Jennie Tourel. In 1974, she made her operatic debut at the San Francisco Opera and the Glyndebourne Festival as well as her recital debut in New York City’s Town Hall. After nearly 20 years of untiring service to the cause of refugees in collaboration with the UN Refugee Agency, she has been named the only Honorary Ambassador for Life by the UNHCR. In 1998, she founded the Barbara Hendricks Foundation for Peace and Reconciliation to personalize her struggle for the prevention of conflict in the world and to facilitate reconciliation and enduring peace where conflicts have already occurred. 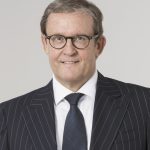 Executive Chairman and co-founder of Kaiser Partner. He is also the Founder of the Private Wealth Council, a co-founder and trustee of the Mentor Foundation (Chairman 2001 – 2004) and a member of the World Economic Forum. Mr. Kaiser is a previous owner and former Chairman of the credit card company Diners Club Switzerland and Liechtenstein, a previous member of the Citibank Diners Club International Strategic Council (1994-1996) and the former co-owner of the Red Bull Sauber Formula One Team (Chairman 1997-1999). In 2015, Fritz Kaiser was awarded the Commander’s Cross of the Princely Liechtenstein Order of Merit of the Principality of Liechtenstein for special services to Liechtenstein. His interests are his family, understanding mega-trends, and collecting Chinese Contemporary Art and Classic Cars. He speaks fluent German (mother tongue) and English and has basic conversational skills in French and Italian.

Dr. Corinne Schuler studied medicine in Germany, France and Switzerland. She graduated with a degree in Clinical Pharmacology in Geneva. Dr. Schuler works promoting medical research, particularly in the field of clinical pharmacology and in the social sector, including emergency services and prevention. In 1998 she founded the German affiliate of the Mentor Foundation. Corinne has a passion for horses, especially polo, and is the president of the Polo Club Saint-Tropez.

Ivan Pictet is a former Senior Partner of Pictet & Cie. He joined Pictet & Cie in 1972 after starting his career at Morgan Stanley in New York. He was appointed Partner of Pictet & Cie in 1982 and retired as Senior Partner in June 2010. Ivan is also active outside the banking sector, having served as President of the Investment Committee of the United Nations Joint Staff Pension Fund, President of the Geneva Chamber of Commerce and Industry as well as President of the Geneva Financial Center Foundation (Fondation Genève Place Financière). He was also a member of the Foundation Board of the World Economic Forum and served on the International Advisory Board of the Blackstone Group International Limited.  He is currently President of the Board of Directors of Symbiotics, the Board of Directors of PSA International SA. He is President of Fondation pour Genève and Fondation Pictet pour le développement  He also serves on the board of directors for the Russian oil and gas company, Lukoil, and the AEA European Advisory Board. Mr. Pictet has an MBA from the University of St. Gallen School of Business Administration. 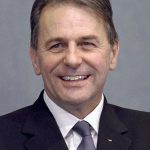 Jacques Rogge is the eighth President of the International Olympic Committee, elected on 16 July 2001 at the 112th IOC Session in Moscow. Born on 2 May 1942 in Ghent, Belgium, Jacques Rogge is married and has two children. By profession, he is an orthopedic surgeon. In the course of his sports career, Rogge competed in the yachting competitions at the Games of the Olympiad in Mexico in 1968, Munich in 1972 and Montreal in 1976. He was also a member of the Belgian national rugby team. 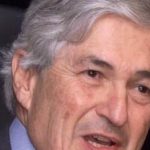 James Wolfensohn is an Australian American lawyer, investment banker, economist and former president of the World Bank Group. He started as a lawyer in Australia working in law firms and at banking institutions. In the late 1960s, he became a director of a London-based investment bank before becoming managing director of the bank’s New York City office and later a senior executive at Salomon Brothers. In 1995, Wolfensohn became president of the World Bank, nominated by U.S. President Bill Clinton. After serving two terms, Wolfensohn announced he would not seek a third term. In 2005, upon stepping down as president of the World Bank, he founded Wolfensohn & Company, providing strategic consulting on emerging market economies.He founded a five-year foundation, the Wolfensohn Center for Development, at the Brookings Institution, a Washington, D.C. to focus on large-scale anti-poverty, governance reform and regional cooperation projects. Wolfensohn is an honorary trustee of the Brookings Institution, and served as a trustee of the Rockefeller Foundation. He is a trustee and the former chairman of the board of trustees of the Institute for Advanced Study in Princeton. He is chairman emeritus of Carnegie Hall in New York and of the John F. Kennedy Center for the Performing Arts in Washington, D.C., and a member of the Council on Foreign Relations. He serves on the board of various charitable foundations, including the Wolfensohn Family Foundation. Wolfensohn is as one of the inaugural fellows of the Australian Institute of International Affairs. Alfalfa Club named him as their nominee for President of the United States in 2000. He serves as an advisor to the Grassroots Business Fund. He is Chairman of the International Advisory Board of Citigroup and a member of the International Advisory Council of the Chinese sovereign wealth fund China Investment Corporation. He is also a member of both the American Academy of Arts & Sciences and the American Philosophical Society. He is a member of the Honorary Board of the International Paralympic Committee. He has also been a member of the Australian fencing team at the 1956 Summer Olympics in Melbourne and an officer in the Royal Australian Air Force. He studied arts (BA) and law (LLB) at the University of Sydney. In 1959 he earned a Master of Business Administration (MBA) from Harvard Business School.